Tracker's Bend in the Road!

We started raising Tracker for Guide Dogs for the Blind when he was seven months old.  I hadn't raised a guide dog puppy since high school, but it was a fun experience and a great way for us to try out having a dog for our family.  When he went back for training, I was a properly teary mess.

But, then I started getting excited.  He was advancing through the training!  I could see what phase he was in each week!  It was really exciting!  I couldn't wait to attend the graduation and see him succeed! He got to phase 7 out of 8 and I was expecting a call from the guide dog club leader any day to let me know he'd been matched with a blind person.   I got a different call from the club leader.  She said that he'd been dropped!

This is my summary of what she told me that I shared at the time with friends/family:

Tracker Update :(
I just got off the phone with the club leader and found out they dropped Tracker from the guide dog program!  He’s always been very lick-y (which isn’t a problem, they just match lick-y dogs with people who like it).  Apparently, once he nibbled a little when very excited.  No big deal and certainly something they can train.  Last week he was licking upward when the instructor was putting on the harness and his tooth caught her lip.  They say is was clearly an accident and part of the licking, but it’s now a liability issue for the school.  If anything happens in the future, it’s considered as potential evidence of having a history and the organization can’t graduate a guide that opens them to liability claims.  Apparently the instructor is newer and was also devastated because he’s such a great learner and guide and she was looking forward to his graduation too.  So, we’ve been processing for the last hour.  Andrew and I have been chatting about the possibility of accepting him back and how that would work for our family or, the other option, encouraging the school to place him with a different program.  We’re both feeling stunned.  I’m going to take a day to think and a night to sleep on it at least.  Andrew is leaving it up to me, Tracker would be my dog and my responsibility.    Wow, I was expecting I’d write next to say that he was in phase 8/8.  As of yesterday, he was in phase 7, almost a fully trained guide dog!  He would be a perfect dog to help Cameron with everything therapy dogs can do… I’m leaning toward becoming a pet owner, but I do want to be cautious about rapidly making a ten year commitment; it’s time to do some thinking.  Definitely feeling topsy turvy :)
This was the official dog drop notice that the leader forwarded to me:

DOG: 5J35 - Tracker M\LGX\Yellow - TRN\REL  DOB:5/26/2013
SUMMARY: Tracker is a tall, yellow Labrador Golden Cross. He was an eager learner, but could become overly stimulated in challenging areas or when learning novel concepts. Therefore, he benefited from a relaxed, casual teaching environment with an emphasis on positive reinforcement.  He was able to progress through all the phases of training and was an attentive, willing worker.
Tracker tends to have low body awareness, especially in moments of excitement. He also has oral tendencies and enjoys showing affection by licking, however in moments of excitement this can result in his teeth briefly making contact with his handler. It is important to note that Tracker is good-natured and has shown improved self-control with maturity and clear boundaries; however he demonstrated this inappropriate contact on multiple occasions, especially with new handlers. This behavior is the ultimate reason for his release from the program.
It is recommended the above information is considered when making a decision about Tracker’s placement. He has an affectionate, playful side and enjoys lying on his back to get belly scratches.  While in formal training, Tracker was placed in Commuter Foster Care with a couple who had two other pet dogs. Tracker did exceptionally well at their home; he was responsive to all verbal commands and had no incidents of inappropriate mouthing behavior. A similar “forever home” that provides clear but fair rules and can enjoy his spunky, playful side would be an ideal match. It should also be stated that while vocal in the kennel environment, he had nice house behavior and settled well on tie down in the Training Office.
Tracker is healthy and is only on preventative medications for fleas and heartworm. He is eating 4 cups total of Natural Balance Lamb and Rice (split-feed).

We decided to take him back and I delved into doing research about autism service dogs.  I also spoke with a school that trains them.  The director was clear that I can privately train Tracker as a service dog and he'll have all the legal protections of any service animal.  Most of the work in training a service animal is the raising and socializing.  There are a handful of specific commands that I can teach, but the autism service dog’s job is to be perfectly behaved in public and to offer a few tricks as conversation ice breakers and some deep pressure (head on lap) when the kid needs it.  I need to teach Tracker several of those specialized commands to help my son and then teach my son how to be a dog handler (likely the longer step).  So, now I have a service dog in training jacket and I can privately make him an autism service dog for my kiddo!  It was definitely a time of feeling topsy turvy for for awhile, but now we're getting used to it and... Tracker is definitely feeling at home :) 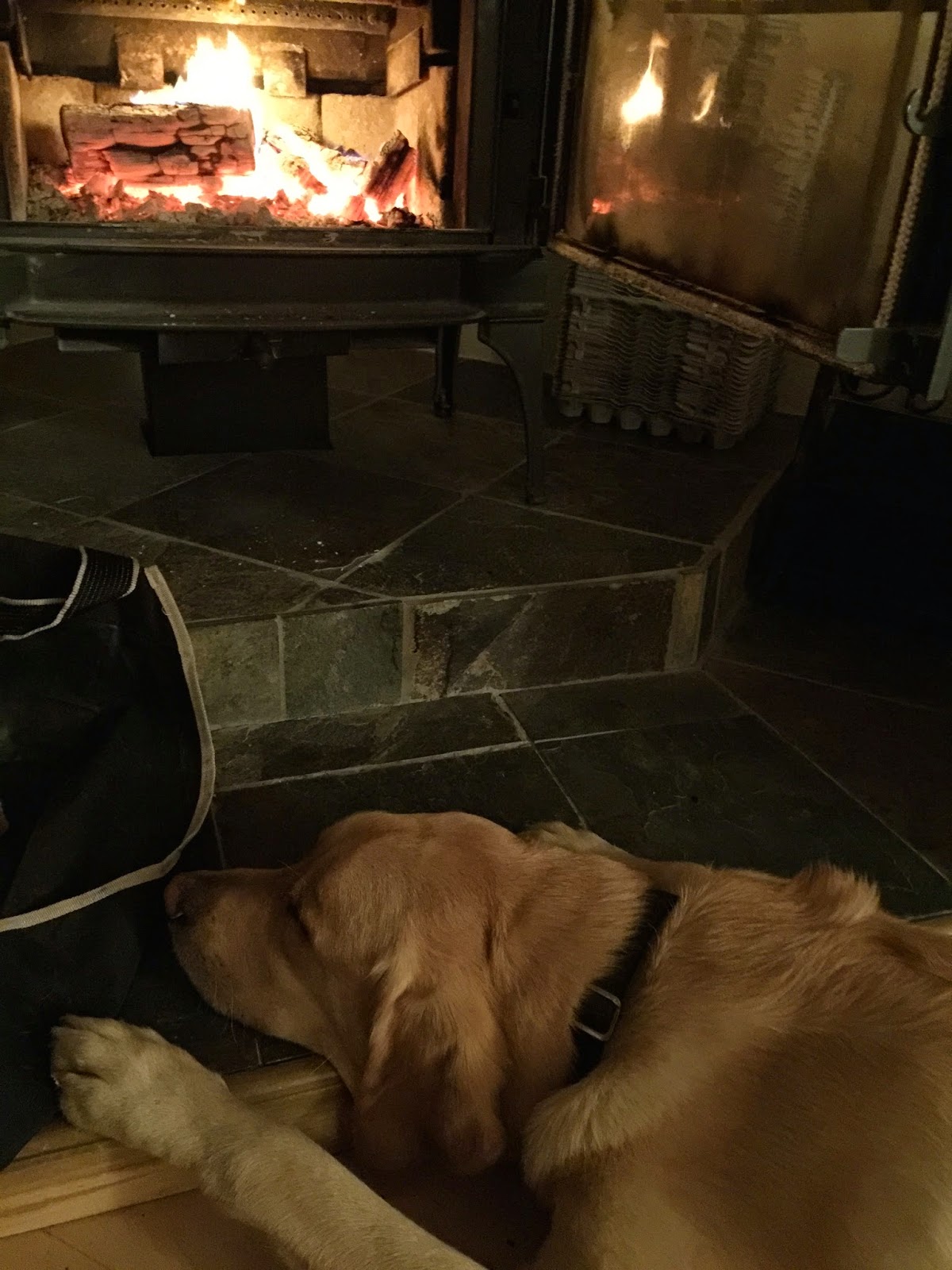 Posted by Lady Baker at 9:18 PM No comments:

I've taken a huge break from my baking passion since I found gluten was a trigger for more migraines for me.  Recently though, I've been tinkering with baking again and having success!  I've had plenty of flops too, so I wanted to share the two resources for gluten-free baking that have had the same feeling of warm, cozy goodness as wheat-flour-based baking.  I most wanted a gluten-free biscotti and googled my options and... had three flops in a row!  Not to be discouraged, I tried a fourth and it was a success! 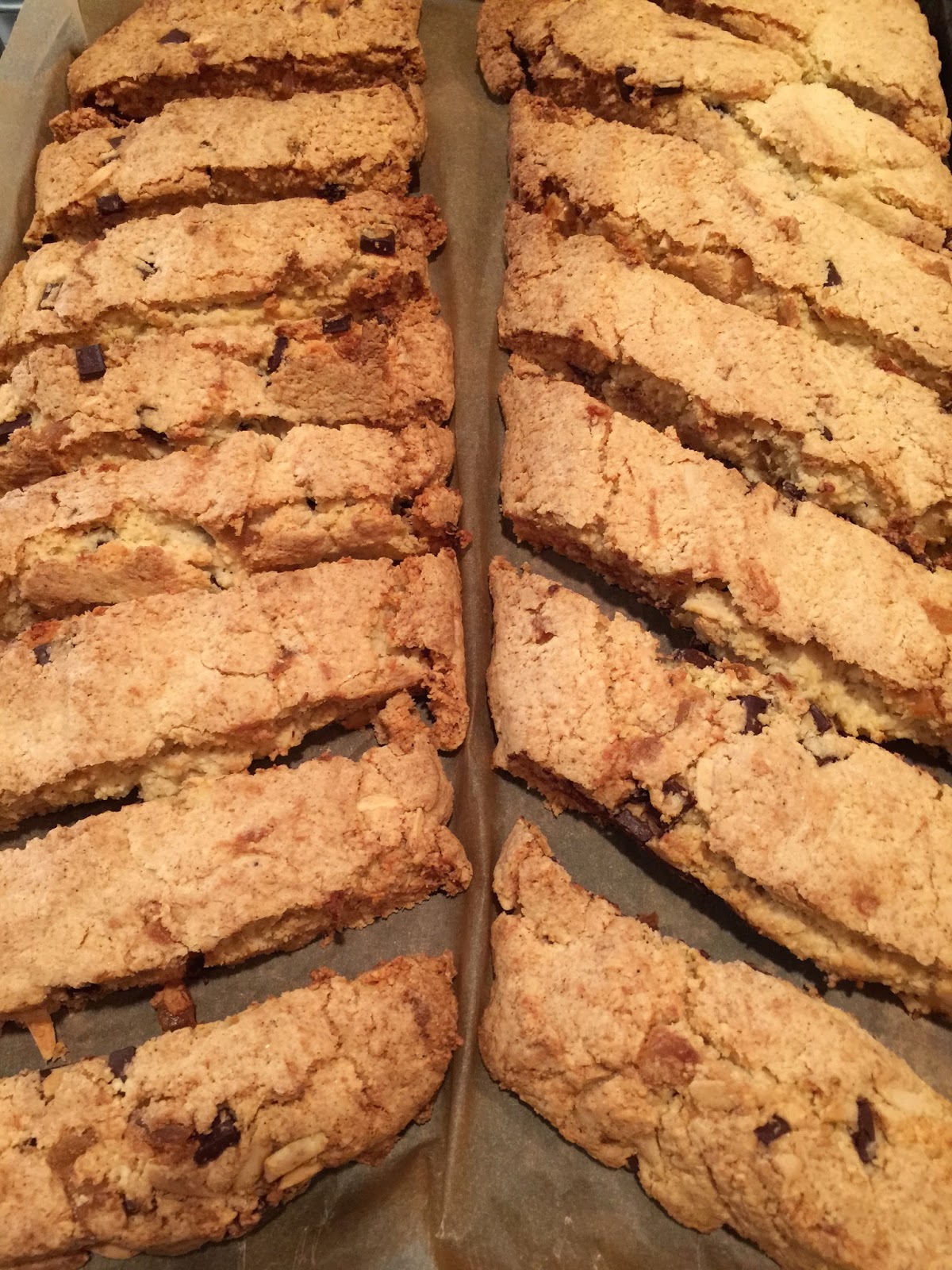 I substituted almond extract and added sliced almonds, bits of dark chocolate, and diced, crystalized ginger.  Yum! I've also tried cinnamon rolls from her website which were yummy.  Brittany Angel has a lot of free content, but I would have purchased a subscription if not for my new bible of gluten free baking!

I've enjoyed America's Test Kitchen in the past, but their cookbook on gluten-free baking is spectacular!  I have made successful: flaky biscuits, coffee cake, pumpkin bread, lemon pound cake, blueberry muffins, ginger molasses cake, and oatmeal raisin cookies!  Some of them have disappeared so quickly that I haven't had a chance to get pictures, but here are two: 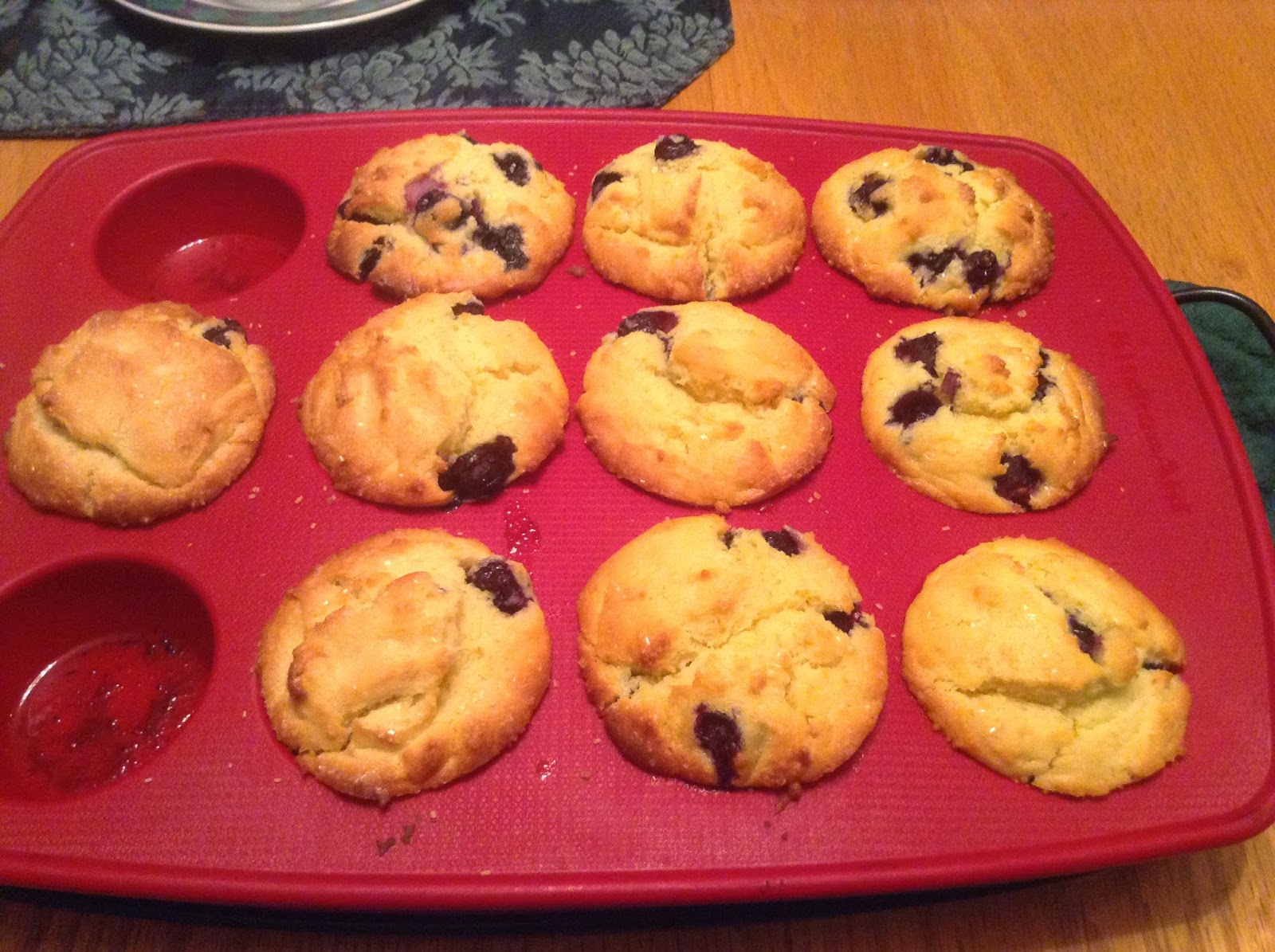 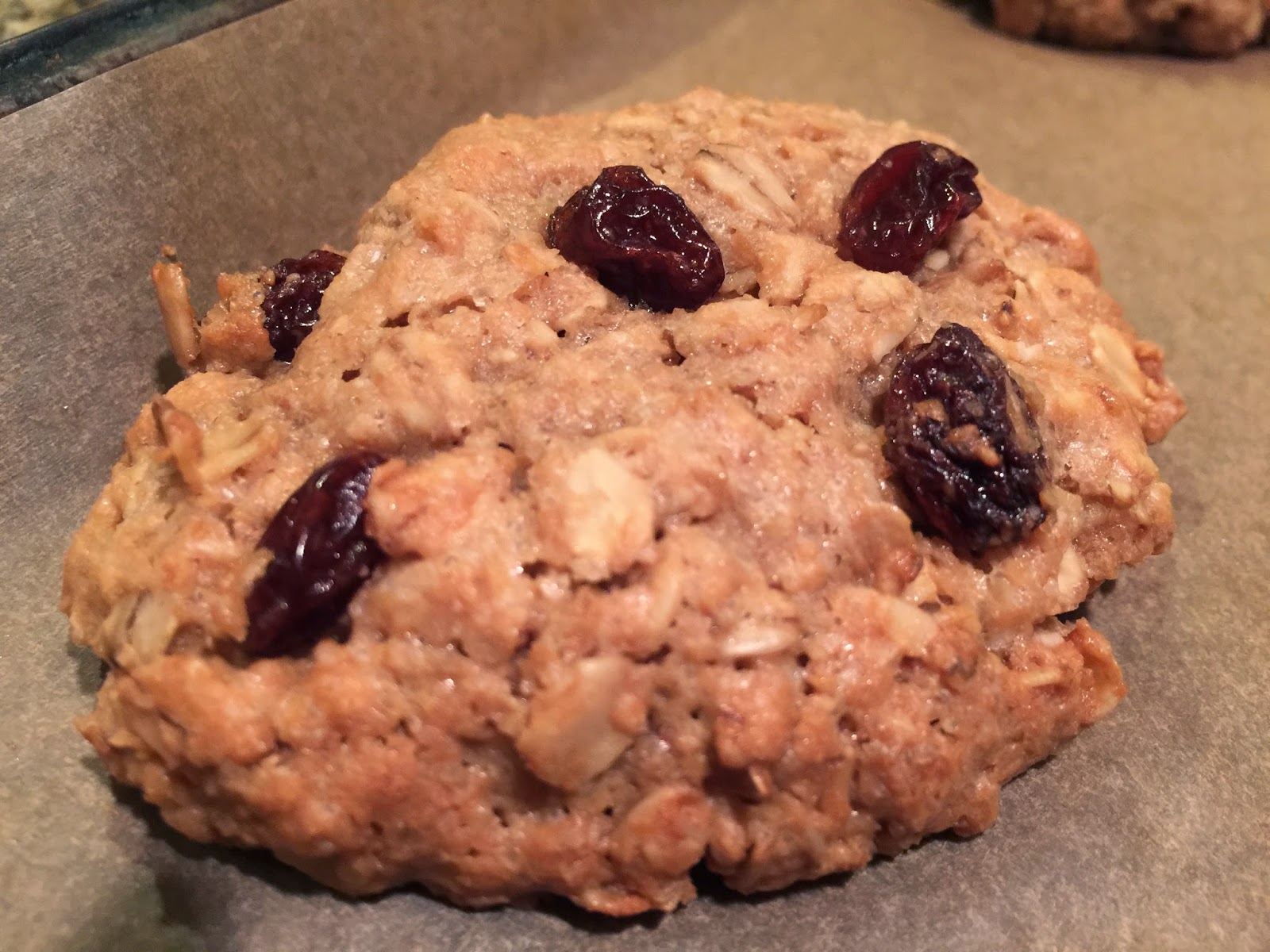 So, those are two resources that I have found really helpful in rediscovering this hobby that used to give me such pleasure.  Back to the aromas of fresh baking pampering our household each week... tonight, fluffy dinner rolls to match the chicken pot pie that's our new favorite!
Posted by Lady Baker at 12:08 PM No comments: