We have had some awesome times and some, um, lava pits of despair!  I'm now pretty evenly divided about the experience and I'd give it a 50/50 chance that we'll homeschool next year (while it's pretty much 100% that we'll finish 6th grade at home).

The goal of this trial was to see if we could handle homeschooling as a setting. The curriculum is one of an online charter school, so we have not tested coming up with a tailored curriculum. That would be a moot point if we can't find a way to make the logistics a net positive.

California Virtual Academy (CAVA) has been mostly a pleasure to deal with and I think we are conducting a fair trial.

Soooooooo much flexibility! It's true that we could make it even more flexible by making our own curriculum, but he loves that he can press fast-forward on the teacher if he already understands something and that he can start when he wants and take breaks when he wants and pick the order of the subjects and do a double day of one and skip another and... lots of other tweaking.

Comfort. This is an awesome set up for academic work and for PE (and the fridge is close for as many snacks as he desires, he used to refuse to eat anything at school). 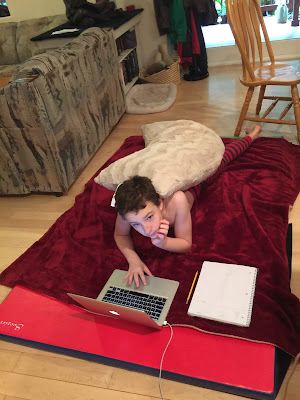 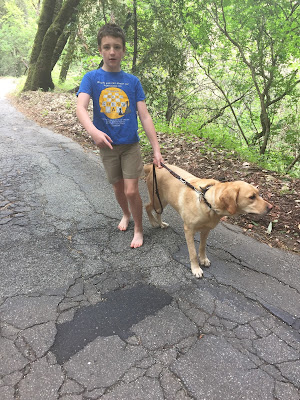 Time. Not only can he pick when he starts, he also doesn't have to wait for a classroom of kids to all get on the same page. His total academic time is roughly 3.5 hours each day and 40 minutes of PE. He usually starts around 9am and is done by 12:30p. That leaves so much more time for other interests. I've seen a reawakening of his interest in chess and reading comics and an intensifying of his love for vegging out with favorite audiobooks.

The biggest con is hard to summarize in a word or two. We've found that he finds it hard to believe what I say as a teacher. For example, he had decided that writing a research paper meant that you take whatever the first source says and put that in the paper. He didn't believe me and he didn't believe the instructions from the online curriculum. In his mind, we were making it harder; we were wrong. Lots of yelling, crying, distress. Full meltdowns of distress have only happened a handful of times, but mini-battles of the same I-know-better-how-x-works happen a few times a week. I find myself never knowing if my pleasant day is going to turn into a thunderstorm flying at me. I'm really good at keeping my cool, but I said from the beginning that sacrificing our warm, friendly home-life for homeschooling (if he decided, parent teacher = dictator bad guy) would not be an acceptable trade. We knew that he found it hard to learn from us and that could happen. My kiddo has done a bunch of introspecting and has figured out that he finds it easy to accept directions from his martial arts teacher or the teachers at the middle school because he feels like they should be setting the rules. He doesn't know why he doesn't feel that way about his parents, but we're working on figuring out how he can learn from us effectively.

My time: I miss my blocks of me-time. At first, it felt like it was never a good time to leave. Over the two months, we've worked out most of the kinks. I'm fine with having less private time because I still get enough and he is old enough to give me more on those days where I just need space.  So, this is a mild con right now; finding the best educational option for our family is a much higher value.

Organization: As his learning coach, I'm painfully aware of his lack of organizational skills. Much of that falls to me right now in teaching and helping until he learns. Again, this is a mild con because I want him to gain the skills and that is a much higher value than the annoyance of reminding him every time to put away his supplies or water his plants for his science experiment. 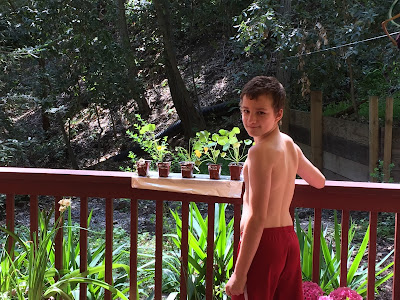 So, my net evaluation is... we'll see. My kiddo is growing all the time and if he can figure out a way to learn from me smoothly, I'm glad to offer him this option and more. We have other resources to explore too for helping in that process. If it turns out that the process of homeschooling hurts our family more than it helps, we'll return to the wonderful middle school that was doing such an awesome job of helping him grow!

Sometimes, eating plantain pancakes together and figuring out a geography question is just awesome though, so we won't toss the experiment lightly! 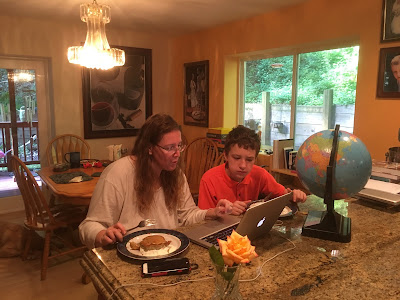