Homeschooling... One Semester Down

Tomorrow,  Cameron comes home from a week of overnight camp and then we're set for mellow time until the beginning of seventh grade... and shall it be homeschooling? Our travel to Atlanta went beautifully as far as homeschooling goes. He read in the airport and completed everything he needed to for his curriculum.  The bumps were the same, but doable so I was still 50/50 about continuing. 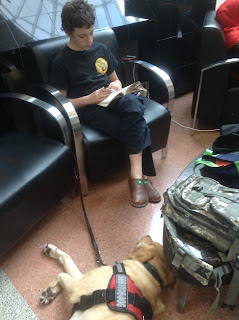 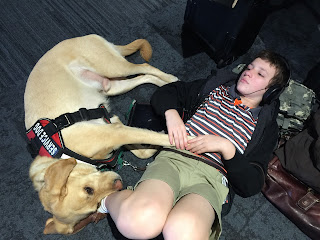 Then the last two weeks of school were so unpleasant. He was clear that he wanted 100% to do homeschooling and that he 100% didn't want to be even slightly polite to me as part of that. It was two weeks of sullenness and snottiness and I was tipped significantly toward ending this experiment for both our sakes. It was getting worse and home was feeling tense and unhappy.

My child was adamant that he could treat me with basic respect (the way he treats other teachers). He said he'd make it a point over the summer. The first month was more of the same and he kept insisting that he'd work on it before the start of the school year, but that he "had time". We weren't making progress. After lots of father son conversations and some intense family meetings, we found that he needed more of a motivation. He wanted help caring about alienating us. So, his dad created this program which links screen time to behavior with + and - options. It feels very reward/punish-y to us, but he wanted the help and so far it's been amazing. It's not used a ton and the focus is on the feedback / motivation that my son has asked for... we'll see.

Here's his straight A report card; the issue has never been being able to succeed.

The summer has improved with play dates and much more pleasant down time. 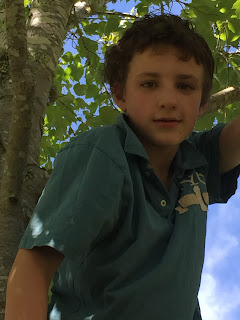 He loves the time he spends working through the belts in his martial arts; he's about to become a two stripe orange belt. 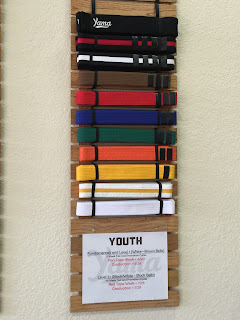 I loved watching him dive again at Monterey Bay aquarium. He's really able to push himself and try things with love nudges (he wanted to back out last minute). 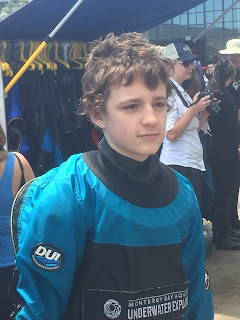 We've taken more walks together. He helped me see the dragon head in the far left tree root and thus we named this one Smaug and friends (because he saw more monsters too). 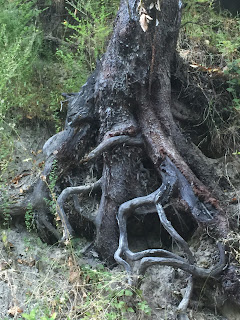 He was able to keep a growth mindset in his master's chess camp even though most of the kids were well beyond his level. He was able to see it just like his martial art... you seek to improve and you don't worry that you're not already a black belt. He grew. 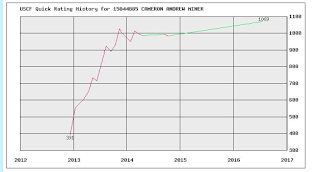 So, the interactions around home feel more normal. It's the regular tween bumps and stumbles and  grumbles and I'm ready to give it a try. This year, the involvement of the teachers is supposed to change in that they'll be doing more direct grading and offering of feedback... which should be great for me staying more on the side-lines when he doesn't want to hear from Mom.  While I'm not 100% certain it's the best for us, like he is, I'm ready to give it 100% and we'll see how things go this fall with having a seventh grader in the house... wish us luck (and patience)!

Posted by Lady Baker at 5:02 PM No comments: