It's been a wild week!!! The entire family has had the flu and it's lasted all week... that is not good soil for beginning a new project!  It's been an exhausting week of crankies and learning-bumps and we're all tired.  I'm hoping next week has more smiles to report! 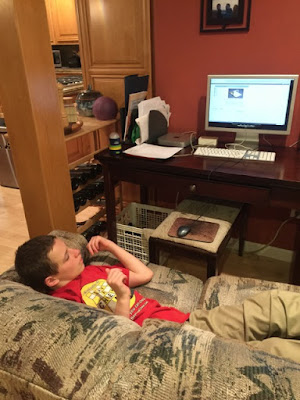 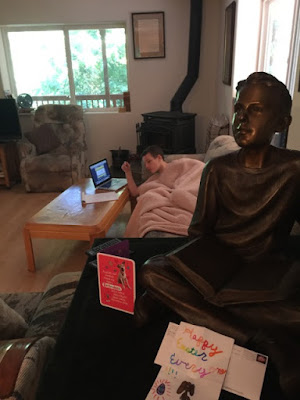 This is the online homeschool we're trying: http://cava.k12start.com


Cameron has wanted to homeschool for a long time and I’ve always put it off seeing the huge benefits he gains from the physical school setting.  Our plan was to give homeschooling a try for seventh grade so he could get a real sense of what SVMS is like this year and have a fair comparison when judging the pros / cons of homeschool next year.  A week ago, when I was looking into the program of doing public school at home, I found out that you can transfer mid year.  I thought that might be even better because we could make a shorter trial, and just return to SVMS next year if it didn’t work out.

I started filling out the paperwork so that he could do the third trimester of sixth grade at home, via online public school.  Today I found out that he was accepted and that the last possible starting date is February 29th!  All my plans for this smooth transition evaporated. I realized this would mean that instead of staying through the end of the trimester, he'd leave the week before it ends. I’d need to bring his Yosemite journal to the school and the smooth wrapping up of assignments of that week following Yosemite would be lost.

I’ve spoken with the central administration for all the California online schools and explained how much better March 7th would be as a transition date both for starting with them and ending with SVMS.  There is no budging the date later (only earlier), based on required days for their quarterly system.  If we don’t start on February 29th, we don’t start this school year.

We’ve been having some difficult discussions here tonight. Cameron loves SVMS, but he does want to try this and, for all the reasons listed, we think this is the best time to give him that opportunity.  February 26th will be his last day as an SVMS student, but this Friday will be his last day on campus because of the Yosemite trip. I will do everything I can to smooth this transition which I realize is not convenient for anyone. I am so grateful for the teaching and nurturing Cameron has received as a new middle-schooler at SVMS. Again, I want to thank each of you for all the kindnesses you have shown him. If this trial is a total flop, we’ll see you in September!  Either way, Cameron will have had an opportunity that he has deeply desired for years.